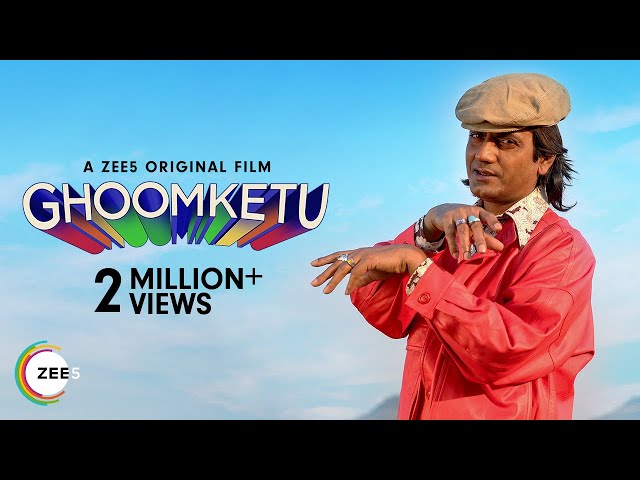 Ghoomketu is a 2020 Indian Hindi-language drama-comedy film written and directed by Pushpendra Nath Misra. The film stars Nawazuddin Siddiqui, Ragini Khanna, Anurag Kashyap, Ila Arun, and Raghuvir Yadav in the main lead roles while also features Amitabh Bachchan, Ranveer Singh, Sonakshi Sinha in the cameo appearances. The film was produced under two production banners Phantom Films and Sony Pictures, acquired by ZEE5. The plot based on an aspiring novice writer from a small town who runs away to Mumbai to achieve his dreams. The film is scheduled to be streamed via the ZEE5 platform on 22 May 2020 instead of theatrical release due to the COVID-19 pandemic in India.

Ghoomketu is the story of an aspiring writer from a UP village called Mahonia. He has run away to Mumbai, to try his luck in films, and gives himself 30 days to try and prove his worth as a Bollywood writer. Apart from UP, he is also carrying a special guide, called “How to be a Bollywood writer in 30 days” with him. (Meanwhile, his family uses their political connections to pressure the police to bring him back) Badlani, a lazy corrupt officer is assigned the case to find him in 30 days or be sent on a punishment posting. Will Ghoomketu be accepted in Bollywood or will he return? Or Will Badlani be able to find him and save his posting? Nawazuddin plays Ghoomketu in an out and out comedy role and Anurag Kashyap plays Badlani, the corrupt cop. Pushpendra Misra directs this in his signature style of bringing some insightful life humor in everyday characters.

There May Be A Difference Of 85 Days Between The First...