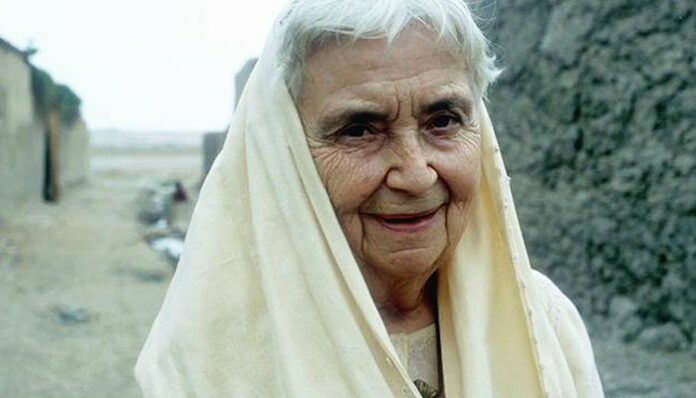 Ruth Katherina Martha Pfau (9 September 1929 – 10 August 2017) was a German-born Pakistani. She had four sisters and one brother. Her home was destroyed by bombing during World War. Ruth Pfau, a German doctor is famous in Pakistan for treating leprosy and tuberculosis patients over half a century has died aged 87. Pfau’s Karachi-based centre now has 157 outposts across Pakistan. Pfau was known in Pakistan as the “mother of leprosy patients” and was estimate by Radio Vatican in 2014 to Mother Teresa, another late Roman Catholic nun revered in India. Pfau’s deciding moment, she describe decades later, came while visiting a leprosy ghetto behind a Karachi railway station and watching a disable man crawling on his hands and knees.In 1979, Pakistan’s government appointed Pfau as national adviser of leprosy and tuberculosis-control programs at the rank of state secretary.

In the early morning on 10 August 2017, around 4:00 a.m. PST, Pfau died at the Aga Khan University Hospital in Karachi after being admitted there due to respiratory problems on 4 August 2017. Pfau had been dealing with several health problems due to her advanced age, including kidney and heart disease, for which she had been undergoing treatment for several years.