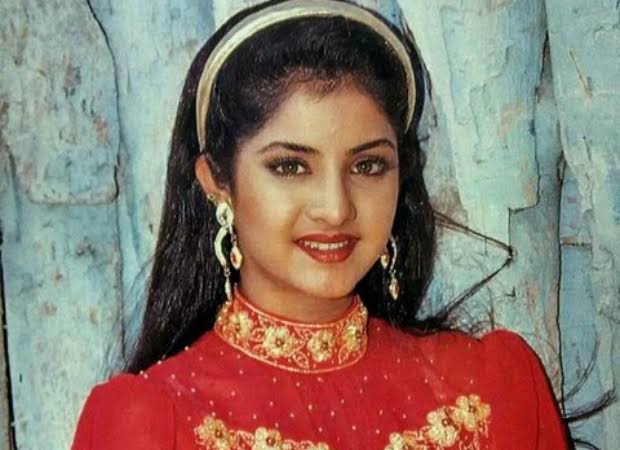 Divya Bharti was an Indian actress known for her acting versatility and beauty. She worked predominantly in Hindi and Telugu films in the early 90’s. She is one of the most popular and highest paid Indian actresses of her time.

Divya Bharati was born on 25 February 1974 in Mumbai, Her father was Omprakash Bharti and mother was Neeta Bharti she had a younger brother named Kunal and a half sister Poonam who was the child of Omprakash Bharati’s first marriage, actress kaynat Arora is her cousin.

She completed her schooling from Maneckji High School in Juhu Mumbai. Divya was a restless student at school and completed the 9th standard before pursuing an acting career.

Divya Bharti mate director and producer Sajid Nadiadwala through Govinda while working on the set of movie ‘Shola Aur Shabnam’ and they got married on 10th May 1992 this was a private ceremony in the presence of her close friend and hair – dresser Sandhya. She converted to Islam after her marriage changing her name to Sana Nadiadwala. The marriage of Sajid and Divya was kept secret so as to not affect the prosperous film career.

Divya Bharati started her film career as a teenager while she was doing pinup modelling assignments. She made her debut with the lead Road opposite Venkatesh in the Telugu language romantic action ‘Bobbili Raja’ in 1990. Divya Bharati’s first Bollywood film was ‘Vishwatma’ in 1992 the film was an average box office performer in the box office

It was most notable for the song used in the film ‘Saat Samundar’.Divya Bharati first major hit was ‘Shola Aur Shabnam’. Filmfare award winning love story ‘Deewana’ which starting Actor Rishi Kapoor and newcomer Shahrukh Khan was one of the biggest hit of 1992 and Divya Bharti performance in Deewana was highly appreciated.

Divya won Filmfare Award for Lux new face of the year and best female debut. Along with this Divya did some more films named Dil Aashna Hai, Balwan, Dushman Zamana, geet, Jaan Se Pyara. She acted in over 20 films during her short career, an unbroken record by debutante to date.

In the evening of 5 April 1993 she fell from the balcony window of the fifth floor apartment in Tulsi building, Versova Andheri West Mumbai. when her guests Neeta Lulla and Neeta’s husband Shyam, made Amrita and neighbours realised what had happened she was rushed in an ambulance to the emergency department at Cooper Hospital where she was declared dead.

she was only 19 years old. The official cause of her death was due to severe head injuries and internal bleeding; the reason of her fall was never established and several theories circulated in the media. The investigation was closed in 1998 by the Mumbai Police who concluded that it was an accidental death. Her Death would always be in under mysterious circumstances.

Cause Of Death – Accidental Fall