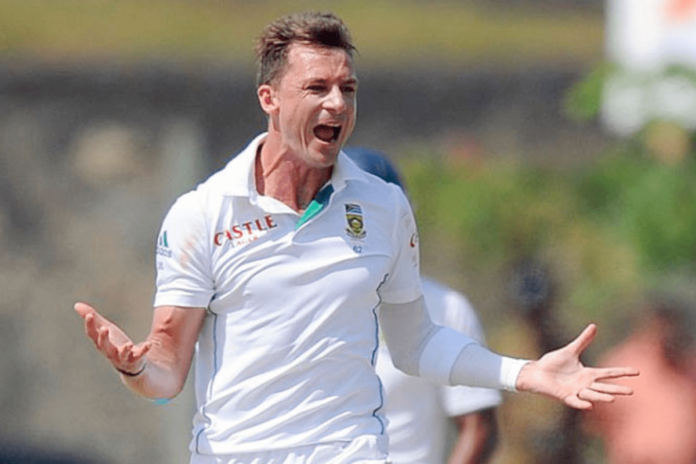 Dale Steyn is South Africa’s most feared fast bowler, thanks to his terrifying eyes, pulsing veins, and chainsaw celebration. Extreme pace, the ability to swing the ball both ways, and precision have propelled him to the top of the country’s all-time list. Steyn had a lean and wiry body, a scorching run-up that resulted in an aerodynamic movement, and a ripper of an outswinger at his best.

Dale Steyn grew up in the northernmost region of South Africa, Phalaborwa, and was enamoured with skateboarding as a child. It wasn’t until he relocated to a larger city, Pretoria, that he gave cricket a serious try, and it didn’t take long before he was regarded as a real contender. He had only played 7first-class matches before getting selected for South Africa. He made his debut against England in 2004, the same match in which AB de Villiers made his debut.

Dale Steyn make an immediate impression and spent the following winter playing for Essex in Division 2 of the county competition, as well as the 2005-06 season developing his skill in the domestic set-up before being recalled, a clearly fiercer bowler. Steyn grabbed 16 wickets in his second series against New Zealand, but it wasn’t until the following summer, in 2007-08, that he established himself as one of the furious fast men.

The wickets began to pour in, and in 2008, he became the fastest South African, and the 15th fastest globally, to reach 100 Test wickets. Steyn was crowned ICC Test Player of the Year in September after capturing 86 wickets in 14 matches at an average of 18.10.

Dale Steyn was part of the South African team that defeated England and Australia away from home for the first time since readmission, and then demonstrated he could do it again on the subcontinent. Steyn with his tremendous reverse-swing took 7 for 51 as South Africa defeated India in Nagpur in 2010

Dale Steyn went on to win the Test Championship with the side in England in 2012, and he grabbed his 300th Test wicket against New Zealand the following year. He was only the fourth South African to have that many wickets.

Dale Steyn’s injury-free streak came to an end when he turned 30. He sustained a groyne injury in the Champions Trophy in June 2013, a side strain later that year, and a rib fracture in early 2014, a year in which he also endured three hamstring strains but also helped South Africa win its first Test series in Sri Lanka in two decades.

At the 2015 World Cup, he led South Africa’s bowling attack but also became the face of their dismal campaign. In the semi-final against New Zealand, he bowled the final over and was smashed for six off the penultimate ball by Grant Elliott.

Dale Steyn did not appear to be the same after it. He suffered a groin strain during the first Test against India in Mohali in November 2015 due to which reason he missed the rest of the four-match series. He returned in December to face England, but a shoulder injury cut his season short that summer. Steyn missed six of South Africa’s eight Tests and all of their ODIs during the 2015-16 season. He recovered in time for the World T20, however he only played in two out of 4 matches held.