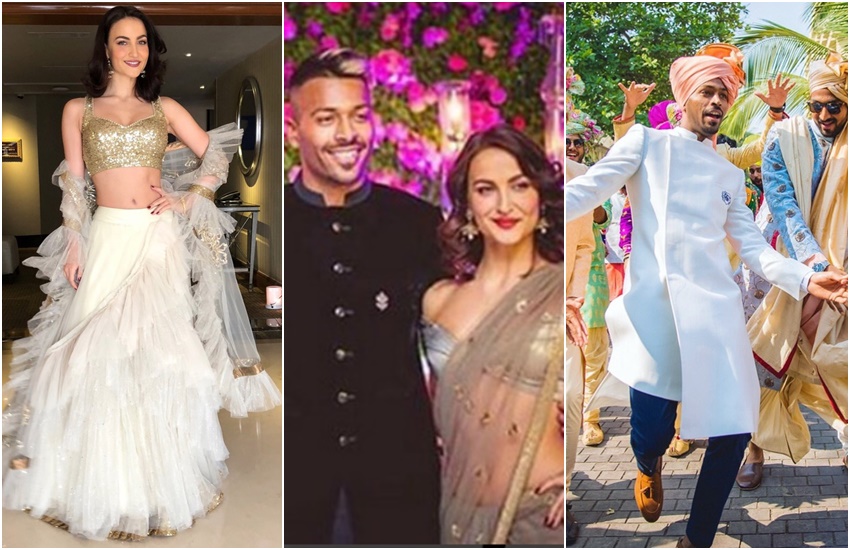 Well, we don’t need any proof to say that Cricket and Bollywood often get linked romantically. Together with these two industries, many couples give us serious relationship goals. The recent linkup that is grabbing attention from media and public is of cricketer Hardik Pandya and Bollywood actress Elli Avram.

These two got clicked many times at different places, and the latest addition to it is outside Hakim Aalim’s salon. The internet at present filled with the current Elli Avram and Hardik Pandya pics. Meanwhile, Elli did not look quite comfortable when the paparazzi standing outside the salon began clicking Elli Avram and Hardik Pandya pics. Meanwhile, the cricketer did not get ill at ease with what going on. But in response to the incessant clicks, Elli Avram keeps on hiding her face continuously. However, this couldn’t stop these paparazzi from clicking them together.

Elli Avram and Hardik Pandya Spotted Together Many Times

Moreover, their recent meet was not the second or third time we saw them with each other. Earlier in an event, Hardik and Elli saw shooting an ad film together. This ad shoot was of a bike engine oil where Hardik was looking stylish as ever, and Elli too was looking lovely. Before that, Elli Avram and Hardik Pandya caught together at the airport where Elli accompanies Hardik to the airport. Here also, Elli Avram tried her best to avoid pictures clicked by the media person.

Elli Avram and Hardik Pandya dating news is a hot gossip of the town. But, if something is happening between them, or, false news. Who to ask about it better than Elli Avram, herself. In her interview with a prominent news portal, she dismissed this news of her dating with the cricketer. She said that she doesn’t need to give any clarification in the media as talking about it will add more fuel to it. She further added that such rumor about herself was doing round earlier also, but she did not get bothered about it. Moreover, she tells that people tend to believe what they want and her explanation did not stop them in any case. Well, the truth behind Elli Avram and Hardik Pandya dating is still not evident. Although the actress denied it, the pics of Elli Avram and Hardik Pandya dating are not letting people believe it.