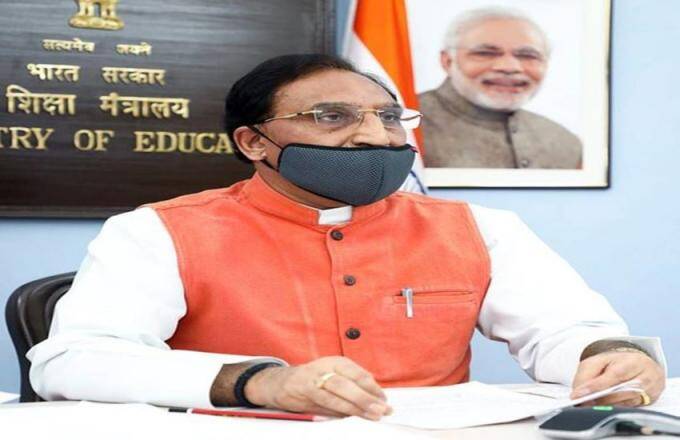 In a high-level meeting chaired by Defense Minister Rajnath Singh on Sunday, most of the states agreed on the short version of the board exams for class XII on behalf of the Central Board of Secondary Education. According to the board sources, under this, there will be an examination of 19 important subjects on one and a half hours, based on multiple-choice questions. This examination will be done twice in July and August. At the same time, Delhi and Maharashtra were not in favor of any kind of examination. It was decided in the meeting that the Center will take a decision on or before June 1 regarding the examinations.
ALSO READ: CBSE Board Exams: More than 300 students wrote letter to CJI, said- cancel board examinations

The meeting included Union Education Minister Ramesh Pokhriyal Nishank and his associates Smriti Irani, Prakash Javadekar and Sanjay Dhotre, besides education ministers and officials of the states. Nishank said that the state and UT governments have been requested to send detailed suggestions regarding the pending examinations of the board and entrance examinations for professional courses by May 25. According to Nishank, we will reach a knowledgeable and collective decision regarding the board examination and by informing our final decision on or before June 1, we will be able to eliminate the uncertainty of the mind of the students and parents.

On April 14, the Central Board of Secondary Education’s board exams of the twelfth were postponed and the tenth board exam was canceled. This decision was taken in a meeting led by the Prime Minister. These exams were to be held from May 4 to June 14.

Examination of 19 important subjects under the first option will be pre-determined examination centers. Results of other subjects will be prepared on the basis of these topics. The board will need one month for exam preparation while two months for examinations and release of results. After this, one month is required later for compartment examinations. Under this option, examinations will be held from August 1 to 20 and results will be released by September 20. According to the board, if three months are not available, then this option will not work.

As a second option, it was suggested to conduct the examination in the same schools where the students are registered. Under this option, examinations will be conducted on the basis of multiple choice questions of 19 important subjects. Under this option, the question paper will be delivered electronically and will not require much time for pre-exam preparation. These exams will be conducted twice from 15 July to 1 August and from 5 to 26 August.