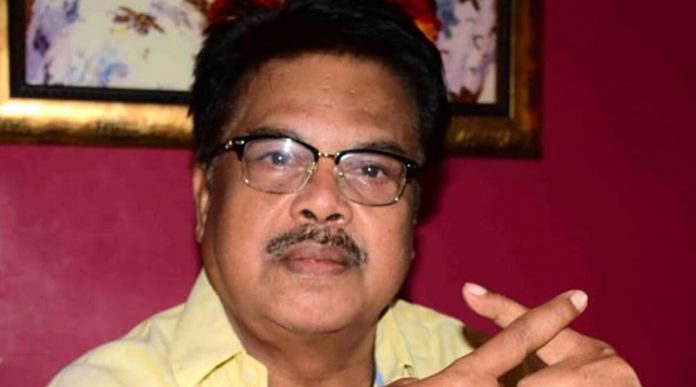 Bijay Mohanty was born in 1950 at Pandiri, Kendrapara, and brought up in Baripada, Mayurbhanj, Orissa. He started acting in his school days while studying in M.K.C High School. After his graduation from BA, he joined the National School of Drama. He passed successfully from the NSD with classmates like Naseeruddin Shah, Raj Babbar, Om Puri, etc. He acted in the theatres and stayed in Delhi up to 1975. After returning to Odisha, he devoted himself to directing plays.

He joined the Drama department of the Utkal Sangeet Mahavidyalaya in 1977 and retired as a professor from the institute in the recent years.

Jugechha, a drama troupe that he formed in his native place Baripada was a well-known troupe and staged play in different parts of Orissa as well as the country.

Bijay joined Indian National Congress on 27 February 2014. He contested to be a member of Parliament from Bhubaneswar Lok Sabha seat in 2014 Indian general elections and lost. Recently he declared his resignation from Congress citing that he was not actively involved in politics after the 2014 general elections.

He was married to Tandra Ray, an actress of the Oriya film industry. The couple acted in a number of films opposite to each other. They have one daughter named Jashmine Mohanty. He passed away on 20th July 2020.

Mohanty was admitted to a private hospital in Hyderabad in May this year after he suffered a cardiac arrest.