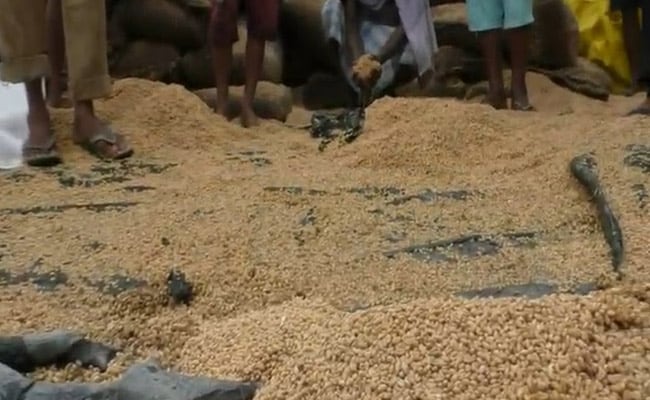 Due to the dictatorial attitude of the top officials of Katihar Railway Division of Bihar, food grains worth crores kept in railway rack points are being wasted. The attempt Storm (Yaas Cyclone) of Katihar even notice the former Railway Board has been huge loss of no change in the law relating to racks point and grain and cement wet traders about the same. Not only this, the wheat supplied to FCI and SSC has also been ruined due to drenching in water.

The laborers working in the rake point say that the traders have many times demanded the railway administration to improve the system, but the railway administration has harassed the traders associated with the rake point by imposing heavy penalties, due to which there is a 24-hour work here. The laborers who do this are also facing problems. Workers and employees tell about the effect of Yas storm in Katihar Railway Rack Point and how responsible are the top railway officials regarding this.

A laborer said that grain and cement were wasted due to rain. 40 thousand rupees is the fine of the hour. No arrangement has been made by the Railways to save the goods. An employee of Rack Point alleged that the DRM of the division is arbitrary. Workers are being exploited.

GST Council meeting: Demand for removal of tax on treatment and...

Somvati Amavasya 2020: Date, Time and Significance of Hariyali Amavasya in...

Best Movies to Watch in Marathi and Telugu