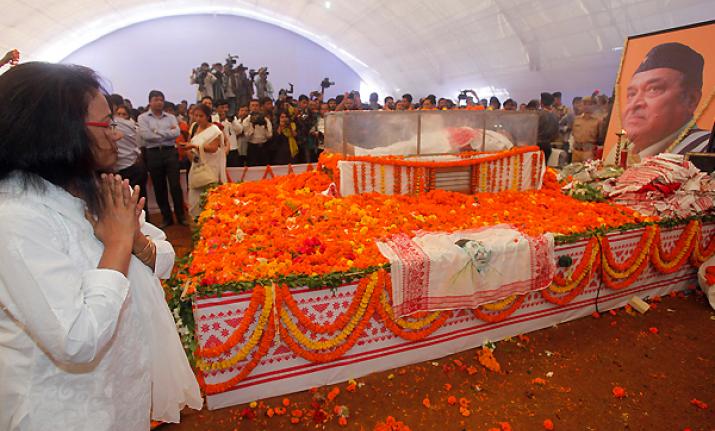 Bhupen Hazarika was born on September 8, 1926 in Assam. Hazarika was the eldest of 10 siblings. Because of his mother, he got motivation to sing. Bhupen’s childhood was spent in Guwahati. At the age of 10, he used to sing songs in Assamese language.

1936, Bhupen record his first song in Kolkata. Hazarika sing two songs in Jyoti Prasad’s film ‘Indramalati’. At the age of 13, Hazarika wrote his first song. From here he started his journey to become singer, composer and lyricists. In the year 1942, Bhupen finished his education from the Arts. After this, he did MA from Banaras Hindu University. Hazarika started singing in All India Radio in Guwahati.

Bhupen Hazarika went to Columbia University Here he meets Priyamvada Patel. Both came to love and in the US, both of them got wedded in the year 1950. In 1953, Hazarika return to India with his family but both of them could not stay together for long. Hazarika came to India and got a job as a teacher in Guwahati University.

He gave songs in superhit films like ‘Rudali’, ‘Milla Gaya Manzil’, ‘Saaz’, ‘Darmiye’, ‘Gaj Gamini’, ‘Daman’ and ‘Why’. Hazarika wrote a thousand songs and 15 books in his life. Apart from this, he also created a serial ‘Don’ on Star TV. He was conferred the National Award in 1975 and the Dadasaheb Phalke Award for the highest civilian award in 1992. Apart from this, he was grateful with several important awards like Asom Ratna in 2009 and the Sangeet Natak Akademi Award for the year, Padma Bhushan in 2011.

In 2019, it was announced to give the country’s highest honor of Bharat Ratna. At 70th Republic Day, he was awarded at Bharat Ratna

Bhupen Hazarika’s relatives have decided return the Bharat Ratna that was conferring to him by the Modi government this year, as a mark of protest against the Citizenship Bill.