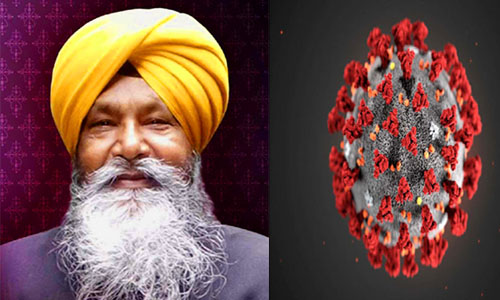 Bhai Nirmal Singh Khalsa was born on 12-04-1952 in Jandwala Bhime Shah, Firozpur in Punjab, India. He was an Indian Singer, Musician and Teacher. He served as a Hazoori  Ragi at Sri Darbar Sahib, Amritsar. He was known for his melodious voice

He achieved his diploma degree in Gurmat Sangeet from Shaheed Sikh Missionary College, Amritsar in the year 1976.  He served as a music teacher in various colleges before started serving as ‘Hazoori Raagi in Golden Temple. He had performed Kirtans in over 50 countries. He was the first hazoori raagi to be given Padma Shri award. He was born in a Sikh family in Ferozpur district of Punjab

Hazoori Ragi Bhai Nirmal Singh Ji Khalsa was suffering from coronavirus he recently comes back from abroad. After the difficulty of dizziness & breathlessness complication, he was admitted in Guru Nanak Dev Hospital, Amritsar on 30-03-2020. On 02-04-2020 around 04:30 A.M., he died at the age of 67 in Guru Nanak Dev Hospital, Amritsar, Punjab, India.

The Amritsar doctor said Nirmal Khalsa’s two daughters, son, wife, a driver and six others who attended him have been isolated at a hospital and taken for testing.