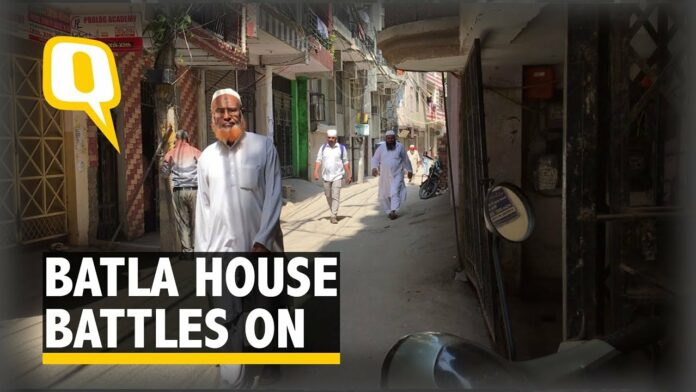 The judge said after convicting Shehzad that in this case he will be sentenced on Monday (July 29)2008. The court found guilty of killing Shahzad, attempting to murder, attacking public servants, obstructing and ruthlessly injuring policemen, to stop them from duty. However, the court blameless Shehzad under the charge of Section 174A of the Indian Penal Code. This section is connected to the failure of the court after being summoned at a special place on special occasions. This case of the encounter was on September 19, 2008, flat number L18 of Batla House in Jamia Nagar area of ​​Delhi. Six days before the meeting, there were serial blasts in the capital, in which 26 persons were killed and 133 were injured.

On September 13, 2008, serial bomb blasts in Delhi’s Karol Bagh, Connaught Place, India Gate and Greater Kailash In these bomb blasts, 26 people were killed, while 133 were injured. Delhi Police had found in the search that the bomb blast was carried out by the terrorist group Indian Mujahideen.  On September 19, six days after the incident, the Special Cell of Delhi Police was conversant that five terrorists of Indian Mujahideen are present in a house located in Butala House.

Let’s understand the story of this whole encounter … Five serial bombings in Delhi, in which 26 people were killed and more than 100 injured.

A special team led by Inspector Mohan Chandra Sharma of Special Cell of Delhi Police and encounter accused in Indian Mujahideen’s hideout hidden in the L-18 house of Batla House in Jamia Nagar. Police claimed that two alleged extremists were killed in the encounter, two were arrested and one was fugitive. They were told to be responsible for the Delhi blasts.In the encounter, injured inspector Mohan Chandra Sharma was admitted to nearby Holy Family Hospital, where he died after eight hours of treatment. According to the postmortem report, he was stomach, thigh and shot right in the right hand. His death was due to more bleeding. Police responsible for Shahzad Ahmed for Mohan Chandra Sharma’s death.

Police said that he arrested three alleged extremists of Indian Mujahideen and a person who took care of the L-18 house of Batla House. Police arrested 14 people in connection with the blasts in Delhi. These arrests were made from Delhi and Uttar Pradesh. Human rights organizations filed a request in the Delhi High Court demanding a judicial inquiry into the matter by stating the Batla House encounter as a fake.

The Delhi High Court asked the National Human Rights Commission to investigate the claims of the police and submit the report within two months.

The National Human Rights Commission (NHRC) untaken its report before the Delhi High Court. A clean chit was given to the Delhi Police in the report.

The Delhi High Court accepted the report of the NHRC and denied the judicial inquiry.

The Delhi High Court accepted the report of the NHRC and denied the judicial inquiry.

On completion of two years of Batla House encounter, motorcycle riders fired on foreign tourists near Delhi’s Jama Masjid. Two Taiwanese civilians were injured in this.

The court secured the verdict after completing the trial in the case of Shahzad Ahmed.

Shehzad’s lawyer’s plea During the hearing of the case

Shahzad’s counsel had argued in the court that there is no such evidence to the police which proves that Shahzad was present on the spot at the time of the encounter. Shahzad’s lawyer also rejected the police plea that Shehzad’s passport was found in Batla House’s house number AP-18.

The lawyer claimed that the police had obtained the passport wrongly and that is why there is no sign of any witness during the recovery. Shahzad’s lawyer has also raised the question that when the police had surrounded the house number L18 around the encounter.

See the cast and crew of batla house movie