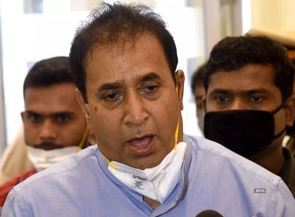 Anil Deshmukh, a former Maharashtra home minister, was arrested by the Enforcement Directorate after interrogating for more than 12 hours in a money laundering case. On Tuesday, he will appear in court, where the ED will request his remand in custody.

According to sources, Anil Deshmukh, who appeared before the investigators despite ignoring repeated summonses, was placed under custody since he was “non-cooperative” during questioning.

According to sources, the politician appeared at the ED office in the Ballard Estate district of south Mumbai around 11:40 a.m., accompanied by his lawyer and allies, and was quickly grilled with few intervals in between.

Deshmukh and others were charged with money laundering after the CBI arrested him in a corruption case involving at least Rs 100 crore in bribery levelled by former Mumbai police commissioner Param Bir Singh.

The ED charged Deshmukh and others after the CBI arrested him in a corruption case involving at least Rs 100 crore in bribery levelled by former Mumbai Police Commissioner Singh.

After being ousted from the police commissioner’s job, Singh wrote to Chief Minister Uddhav Thackeray that Deshmukh had asked Waze to extract around Rs 100 crore a month from Mumbai’s clubs and eateries.

While Deshmukh refused any wrongdoing, he said that Singh destroyed the allegations against him after being fired as Mumbai Police Commissioner.