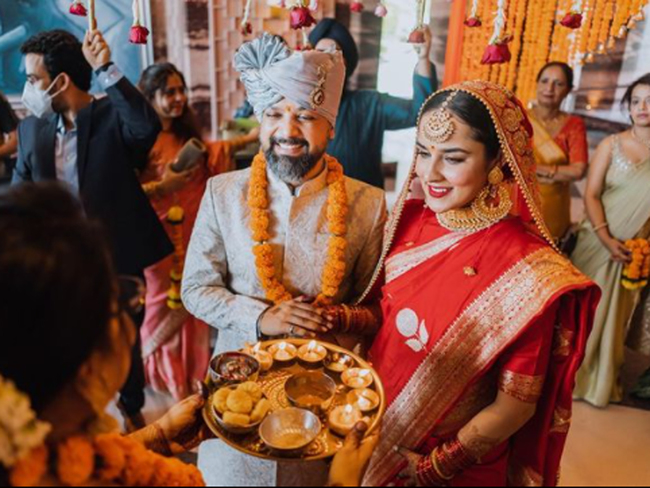 Actor and director Anand Tiwari has revealed on Friday that He has tied the knot with actress Angira Dhar. They got married in April this year. Anand Tiwari has given information about this by sharing pictures on Instagram. He wrote in the caption of the pictures: “30 On April me and Angira changed our friendship to marriage. During this special friend and People were present in the family. God is also a witness to this. Slowly life is unlocking all around us. We also want to unlock our happiness with you.”

After the news of Anand Tiwari and Angira Dhar’s marriage surfaced, social media was fiercely The reactions are coming. Along with the fans, celebs are also congratulating both of them. The congratulatory stars include Ananya Pandey, Aahana Kumra, Ayushmann Khurrana. Ayushmann wrote: ‘Wow. Congratulations to both.’ Actress Angira Dhar has also shared the same picture of the wedding on her Instagram. It can be seen in the pictures how happy both the couples are looking.

Please tell that Anand Tiwari and Angira Dhar They have worked together in the Netflix film ‘Love Per Square Fit’. This film was directed by Anand Tiwari only. Whereas, Vicky Kaushal along with Angira Dhar played the lead role in it. Anand Tiwari is also known for working in Go Goa Gone, Aisha and Chhapaak. He has also directed Amazon’s web series Bandish Bandits.