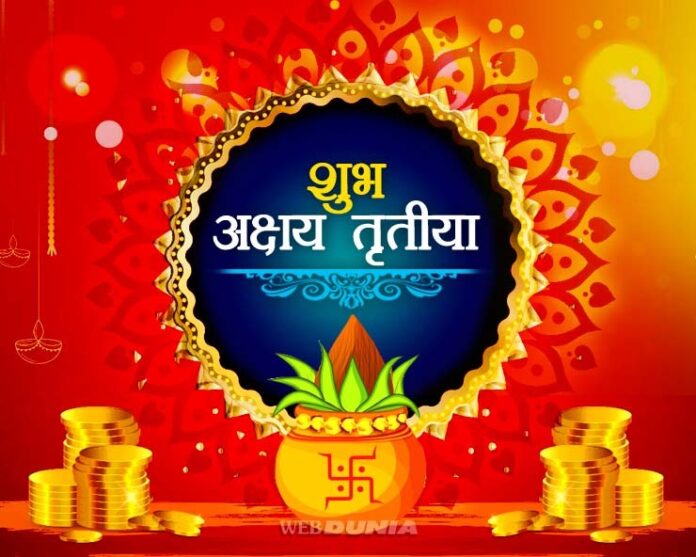 Parshuram Jayanti: According to the Hindu calendar, Lord Parshuram was born on the day of Shukla Paksha Tritiya i.e. Akshaya Tritiya of Baisakh month.

On the day of Akshaya Tritiya, the birthday of Lord Parshuram is celebrated as Parshuram Jayanti (Parshuram Jayanti). Parshuram is the sixth incarnation of Lord Vishnu in Hindu beliefs. Lord Parashuram is particularly known for being extremely brave, mighty and intelligent as well as for his anger. It is believed that he broke a tooth of Lord Ganesha in anger. It is said that all the gods and goddesses were afraid of their anger. Parashurama is considered the ultimate devotee of Lord Shiva. It is believed that he received special attention from Shiva Shankar.

Pooja method of Parshuram Jayanti
– Wake up early in the morning on the day of Akshaya Tritiya and take a clean clothes.
– Now sit at the temple or place of worship and resolve the fast.
– Take a pedestal and place a statue / photo of Lord Parashuram on the outpost or wooden slab.
– Now recite this mantra with Akshata , Water and Flowers in hand: “Mama Brahmattva Prateikamanya Parshuram Poojanam Karishye”
– Now dedicate the idol of Akshata , water and flowers to Parshuram.
– The devotee observing fast on the day of Parashuram Jayanti should wear silence till sunset.
– In the evening time, take a bath again and wear clean clothes.
– burn lamp oil before the statue of Parasurama G above.
– Now offer clothes to the idol of Parashurama and wear garlands of flowers.
– Offer Subsequently fruits, flowers and oblation.
– Now offer
arghya by

offering incense and lamp and recite this mantra:  Jamadagnisuto Veer Kshatriyantkar Prabho. Home Goddess Maya Datta, please God – The meaning of this mantra is – “Lord, you are the son of Jamadagni and you are going to destroy the Kshatriyas, so please accept my Arghya.”
– Now we listen to the story of Parshuram ji.
– Then Arti share offering all members off the house and you also receive.
– Perform night awakening while chanting the mantra.
– Get up early in the morning and pass your fast.