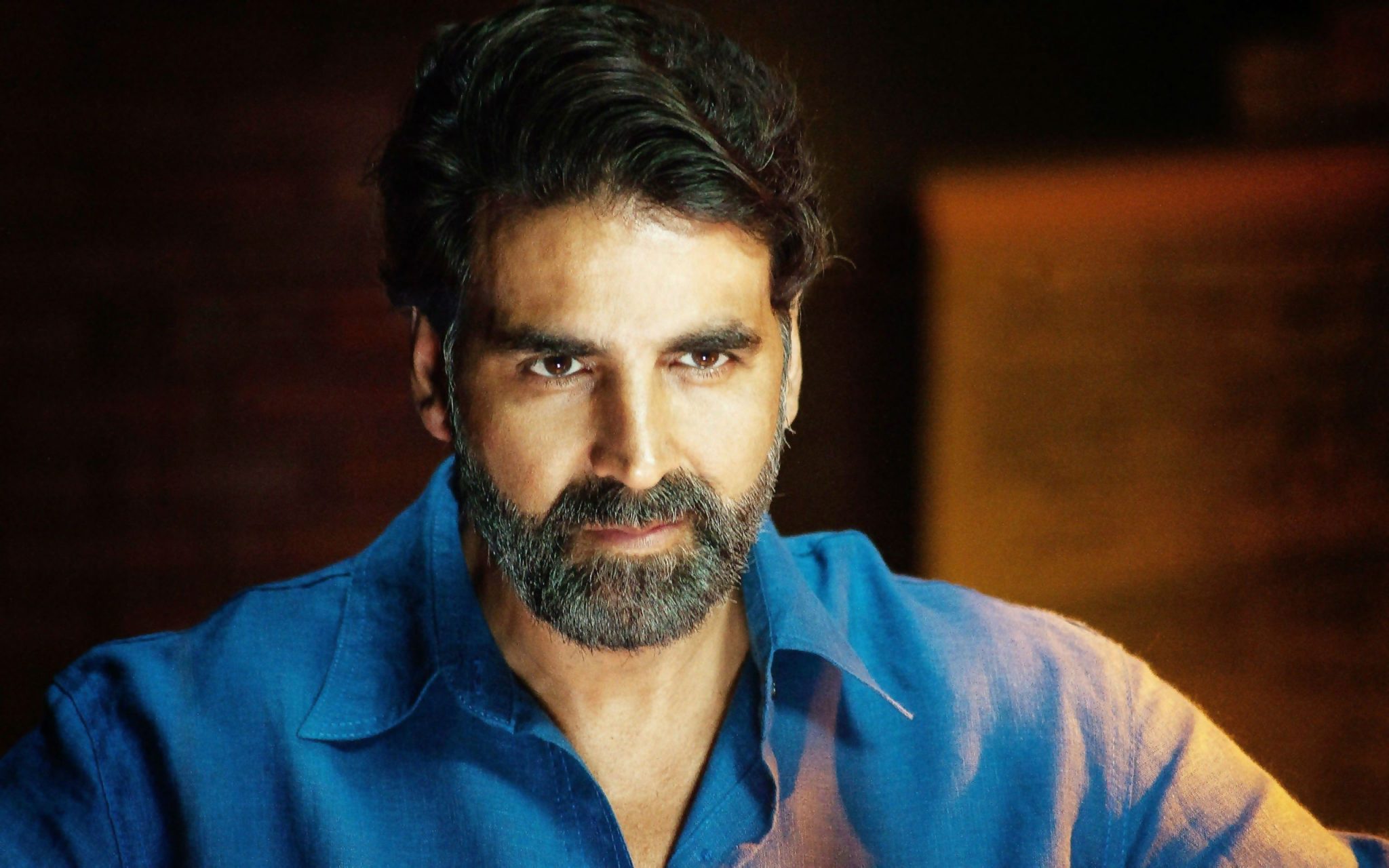 He is a good-looking and flamboyant actor of Bollywood. Rajiv Hari Om Bhatia is popularly known as Akshay Kumar. Apart from acting, he is also a producer, martial artist, stuntman and philanthropist.

He was born on 7th September ,1967 in Amritsar .From his childhood age, Kumar was recognized as a performer, particularly as a dancer.

He lived and grew up in Chandni Chowk, Delhi.Later he moved to Mumbai where he lived in Koliwada, a Punjabi dominated area.He completed his schooling from Don Bosco School and enrolled in Mumbai’s Guru nanak Khalsa College for higher education, but after one year,he dropped out and went to Bangkok to learn martial arts and also worked as a chef there.

His father’s name was Hari Om Bhatia. He was a military officer. and mother’s name is Aruna Bhatia.He also has a sister, Alka Bhatia.

On January 17,2001.He got married with Twinkle Khanna and their son Aarav was born on 15th September 2002.Then on 25th September,2012 their daughter, Nitara was born . For his know-how in martial arts he is often called the Bruce Lee of India.

It was at the persistence of his friends that he had chosen to try his luck in acting. After working for a few modeling projects, he achieved an offer from Raj Sippy to perform in his film Saugandh(1991), which however couldn’t do hit in the box office. It was Abbas-Mustan’s thriller ‘Khiladi’ which made him a star. He has frequently performed in actioners and action movies such as Main Khiladi Tu Anari (1993), Elaan (1994), Mohra(1994), Sabse Bada Khiladi (1995) and Khiladiyon Ka Khiladi (1996). He even did few romantic films such as Yeh Dillagi (1994), Dhadkan (2000) and Andaaz (2003). He did a number of films with the name Khiladi such as ‘Khiladiyon Ka Khiladi’, ‘Mr. & Mrs. Khiladi’ and even an ‘International Khiladi’.

Akshay Kumar’s comic character in Mr and Mrs Khiladi (1997) was not quite successful. But finally he established his talent and proved that he could perform in action movies , romantic movies and even in comedies with equivalent ease. In the year 2000, Hera Pheri was released which became a hit. He then became a first option for directors in comedies such as Awara Paagal Deewana (2002), Mujhse Shaadi Karogi (2004), Garam Masala(2005) and Phir Hera Pheri. His theatrical roles in films like Ek Rishta (2001), Bewafaa (2005) and Waqt: The Race Against Time (2005) was much-admired by his fans.

2007 proved to be Kumar’s most successful year during his career in the industry, and as described by box office analysts, “probably the best ever recorded by an actor, with four outright hits and no flops.

“The Asian Awards for his outstanding achievement in Cinema(2011)“.