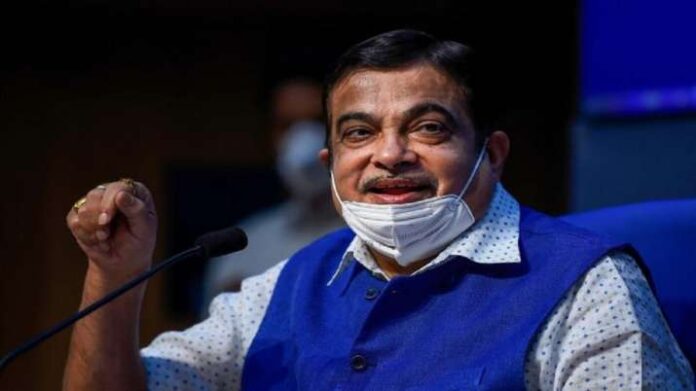 New Delhi: Union Minister Nitin Gadkari on Wednesday tried to clarify that he was unaware that the government had started the effort. Nitin Gadkari said that I had suggested for vaccine production yesterday but work had already started on it. In fact, on Tuesday, Nitin Gadkari said on the shortage of Covid-19 vaccines that he would urge Prime Minister Narendra Modi that a law should be enacted to increase production of life-saving drugs in the country and to approve pharmaceutical companies.

Nitin Gadkari later tweeted, clarifying, “I was not aware that the government was already working in this direction.” I have been informed that the Government of India is trying to increase vaccine production through 12 companies. A rapid increase in vaccine production is expected in the near future as a result of these efforts. I am happy and congratulate the entire team for taking steps in the right direction. I consider it important to keep it on record. ”

Yesterday while participating at the conference organised by Swadeshi Jagaran Manch, I had made a suggestion to ramp up vaccine production. I was unaware that before my speech Minister for Chemical & Fertilizers Shri @mansukhmandviya had explained government’s efforts to ramp up

After the statement on the vaccine, Nitin Gadkari clarified, said – did not know the government started efforts.

On Wednesday, Gadkari tweeted that, “Yesterday … I suggested to accelerate vaccine production. I was unaware that before my speech… Mansukh Mandavia spoke about the government’s efforts to increase vaccine production. After the conference, he also told me that, the Government of India is already facilitating the manufacture of vaccines by 12 different companies and these efforts are expected to result in a rapid increase in production in the near future.

After Gadkari’s remarks on Tuesday, the opposition took a chance to sarcasm at the government. Congress leader Jairam Ramesh tweeted about Gadkari’s suggestion to increase vaccine production and wrote, “But is his boss listening to him?” He also said that Dr. Manmohan Singh had suggested the same on April 18. ” Union Minister Mansukh Mandavia held a separate media briefing on Wednesday, in which he said what his ministry has done for Covid-19 drugs. But he refused to answer questions related to the price and production of the vaccine.

In the press conference, Union Minister Mansukh Mandavia said that it is expected that the Serum Institute of India will be able to produce 115 million doses of Covishield vaccine per month by July. He also said that the government expects that about 2.81 crore doses of Sputnik TV vaccines will be imported by July. In addition, he said that at least six companies in India are producing Russian vaccines and are targeting a capacity of 85 million doses per year. Also, the capacity of Covaxin, developed by Bharat Biotech and Indian Council of Medical Research, is expected to increase to 135 million doses by November.

David Warner and Steve Smith Banned from the IPL 2018

Bharti Singh and Haarsh Limbachiyaa’s was raided by the NCB