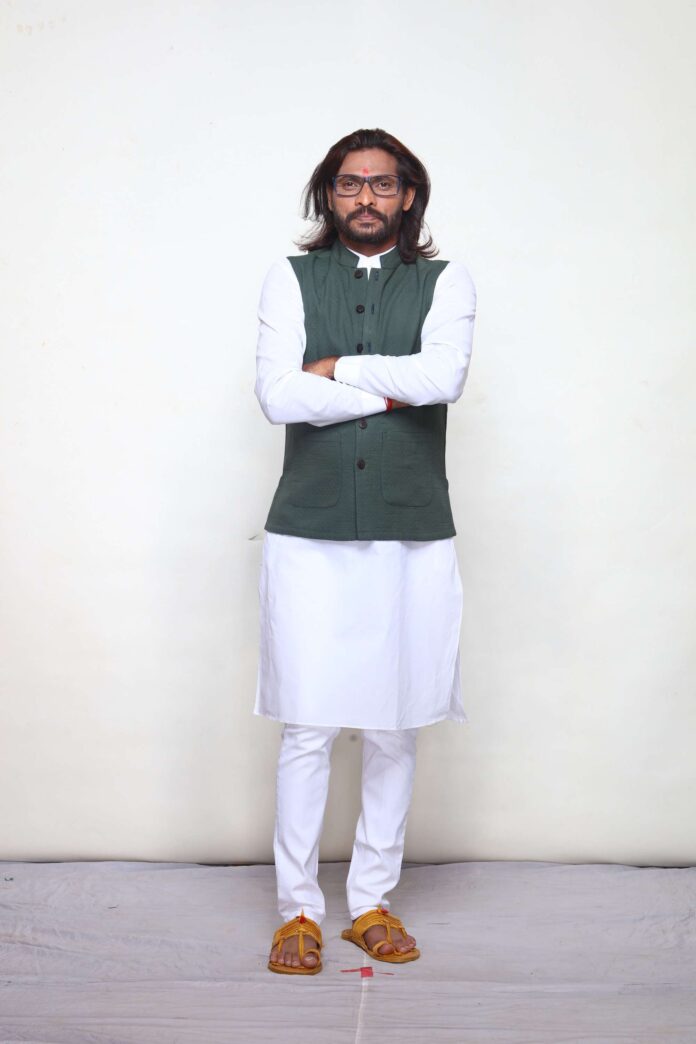 Abhijeet Bichukale is a poet, singer and writer. He also started his career in politics as an Independent Candidate from “Satara Constituency of Maharashtra” but in recent times he is known for his entry in Indian Television show “Bigg Boss 15” as a wild card contestant. He was the Ex contestant of “Bigg Boss Marathi” season-2.

Abhijeet Bichukale was born in 1976 in Satara Maharashtra in A Marathi family. His father name is “Wamanrao Jaysingrao Awade Bichukale”. He is married and his wife’s name is “Alankuruta Bichukale” she an LIC agent and a social worker. He is also known as “Kavi Manache Nete” (a leader with a poetic heart) in his area due to his interest in poetry. Abhijeet Bichukale did his schooling from a local school in Satara Maharashtra. He did his graduation in B.A Hons (specialisation in English) from “Lal Bahadur Shastri College” Satara, Maharashtra.

He firstly started his career as a writer or a poet but after that he decided to start his career in politics in 2019 he had participated as Independent candidate in “General Elections” from “Satara Constituency”. He lost the election then and didn’t perform well. He is popularly known for his controversial statements. In 2020 he got an offer from a Indian reality show named “Bigg Boss Marathi” season 2019, he accepted the offer and be a part the show from where he become the known face for audience. In 2021 he is approached to participate in “Bigg Boss 15” as a wild card contestant.

In 2019 he was arrested by Maharashtra police from “Bigg Boss Marathi” season-2 for a check bouncing case after the arrest warrant issued by Satara Court in a registered against him 2015 and he is purportedly failed to appear before judge.

Most Recent Update about Abhijeet Bichukale

Most recently Abhijeet Bichukale is admired for his entry in most controversial and popular reality show of Indian Television “Bigg Boss-15” as a wild card entry. Before entering the house he already created buzz with his statements on housemates.