He made his first-class debut for Rajasthan in the 2017–18 Ranji Trophy on 6 October 2017. In his next match, on 14 October 2017 against Jharkhand, he scored his maiden first-class century.In the 2020 IPL auction, he was bought by the Kings XI Punjab ahead of the 2020 Indian Premier League.

The Indian Premier League (IPL) will see three Agra cricketers play in 2020. Team India’s medium pace bowler Deepak Chahar will be seen playing from Chennai Super Kings, leg-spinner Rahul Chahar for Mumbai Indians and Tejendra Singh Dhillon will be playing for Kings XI Punjab. Earlier in the year 2018, all three cricketers have played IPL. This is the second time that three Agra cricketers will show their strength in the IPL. 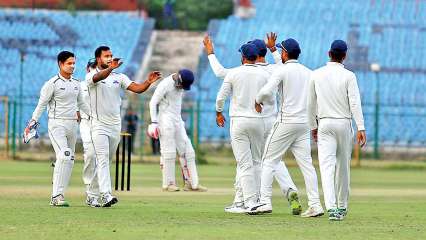